Essential information about the dangers of Carbon Monoxide
CLOSE Combine two detectors in one space-saving unit with the Kidde 10SCO Carbon Monoxide and Smoke Alarm. Kidde's market-leading optical smoke detection technology greatly reduces the number of false fire alarms, while the carbon monoxide sensor will warn occupants with a sounder and voice messages to the presence of this deadly gas which is undetectable by human senses. The voice warning feature will announce either 'FIRE! FIRE!' or 'WARNING! CARBON MONOXIDE' depending on which danger is detected.
The front access to the battery compartment allows easy battery replacement during its 10 year life. 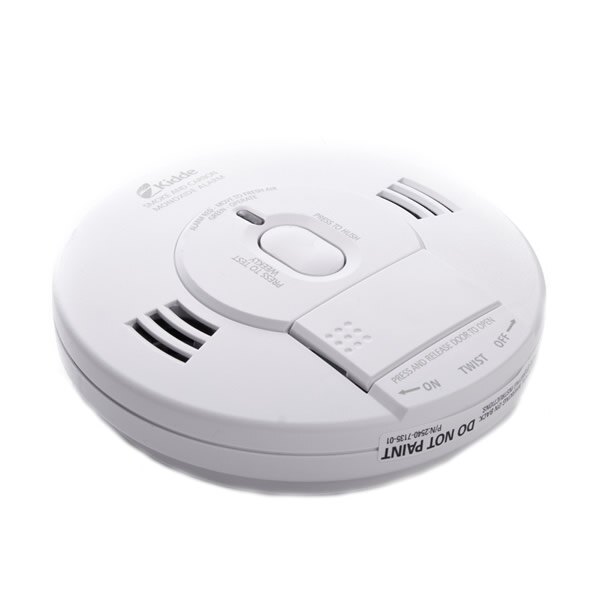 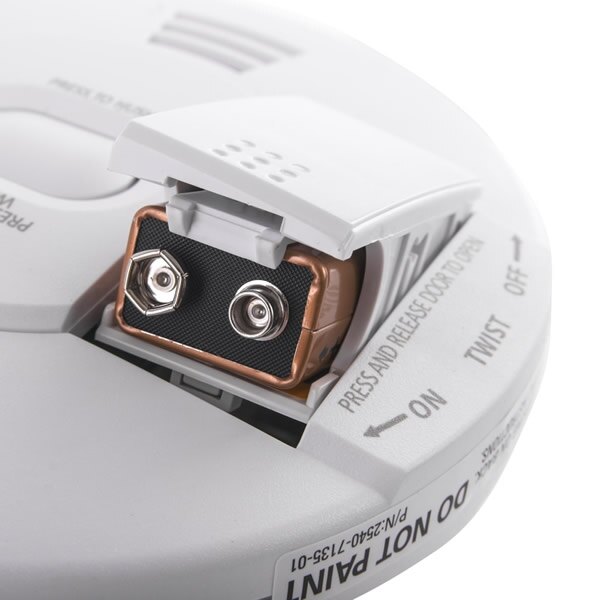 Front opening battery compartment - no need to remove from ceiling 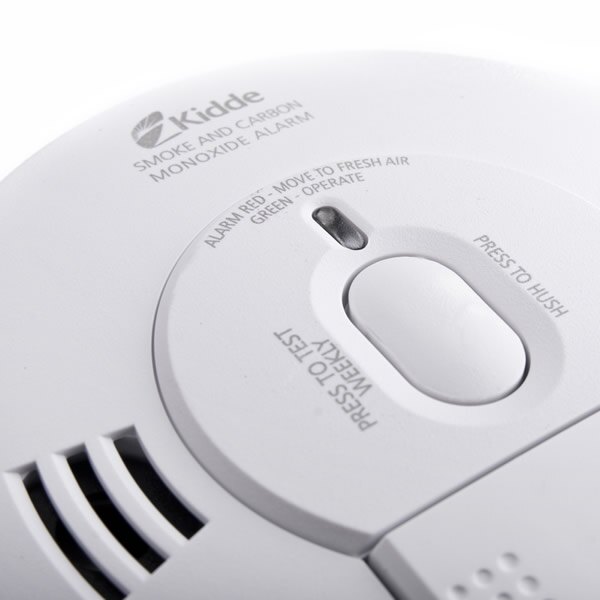 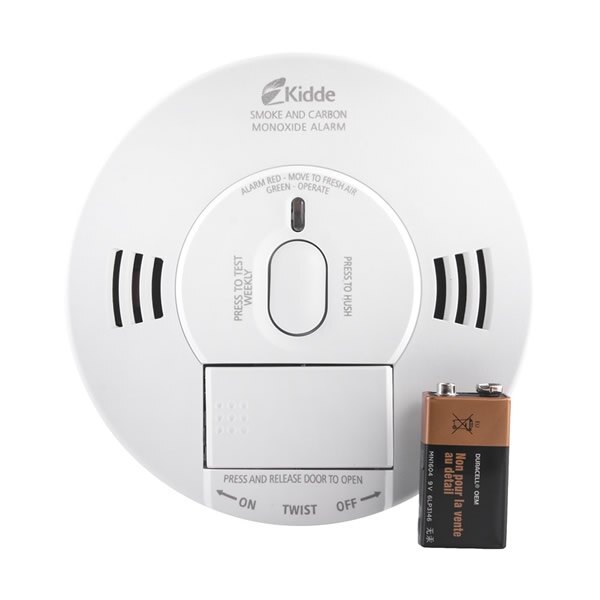 Every Kidde KE10SCO is supplied with the following components.

The following delivery options are available on this product.

£8.10 inc VAT - Orders will be delivered in 1-2 working days with Evri by Hermes

186 customers have given this product an overall rating of 4.8 out of 5

All of our product reviews are written by real customers that have purchased this product from us and are published without modification.

Excellent product It provides peace of mind and a very good safety solution.

Easy to install, not visually too intrusive,

Reviewed by: L B

excellent product and service, thank you.

Reviewed by: l b

Reviewed by: H U

Reviewed by: L A

Excellent item Very good service from you will not hesitate ti use again.

If you have any questions or would like more information about this product you can ask one of our specialists.

Many people are unaware of the devastating effects of carbon monoxide poisoning. Carbon Monoxide has no colour, smell or taste and cannot be detected by the human senses. It is extremely dangerous, binding itself to the haemoglobin in red blood cells and preventing them from transporting oxygen around the body.

Estimated Number of Deaths Every Year

According to statistics released by the Office for National Statistics, throughout England and Wales there are an average of over 60 deaths every year due to accidental exposure to carbon monoxide - up to 45% of which occur in the home.

Figures from the Department of Health and Social Care show that there are around 4000 cases of carbon monoxide poisoning treated in A&E Departments across England each year - even mild cases can exacerbate existing conditions such as respiratory illnesses, leading to fatalities.

Number of People Hospitalised Every Year

According to the Chief Medical Officer (CMO) for England, around 200 per year are hospitalised in England and Wales as a result of accidental carbon monixide posioning.

Percentage of UK Households with a CO Alarm

A study of more than 27,000 properties by the Liverpool John Moores University, supported by the Merseyside and West Midlands Fire Services, found that less than 10% of homes have a single carbon monoxide alarm to protect occupants from this deadly gas.

Dont Put a Price on Life

See our helpful buying guide for more information on what to look for when buying a carbon monoxide alarm.